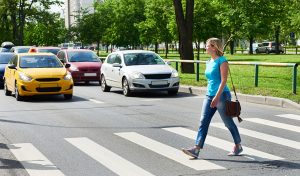 Pedestrian accidents are far too common in St. Louis. There is a much higher risk involved when a pedestrian is hit by a car or truck, and the accident is more likely to have fatal consequences. That is exactly what happened in St. Louis County following a recent hit-and-run. Four-Year-Old Dies in Hit-and-Run A mother was […]

It certainly pays to be vigilant when you’re driving on the roadways in St. Louis County. You never know when an accident might happen, where you could become a victim. A recent article on the CBS St. Louis website proves this point quite well. Updates to the article indicate that a vehicle being driven by […]

Accidents can happen quickly and without much notice. Officials are still investigating an accident that claimed the lives of two St. Louis residents. According to an article on the St. Louis Post-Dispatch website, the deceased individuals were sixty-four years old and eighty-one years old. The crash occurred on Interstate 70 in Missouri. The driver was […]