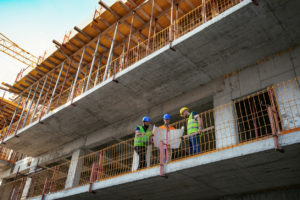 You hope that you never suffer a work-related injury, but every 7 seconds, a worker is injured on the job. In 2019, 101,688 total workplace injuries were reported in Missouri.  An injured worker and his or her family may be left with huge medical bills and lost income. What is workers’ compensation? Nobody should have to risk […]

Construction Zone Accident Injuries – What to Know and Do

Construction zones are common areas for car accidents. In fact, close to 68,000 accidents happened in construction zones in 2013, and that number is sure to have either remained the same or increased. There are a lot of reasons why construction areas present a higher risk for crashes. For example: • People may be driving […]

What Is The Typical Settlement For A Slip And Fall Injury

If you have been injured in a slip and fall, you probably have a lot of questions about the legal process involved. Talking with a lawyer is important, and they will be able to guide you so you’ll know what to expect. But we’d like to help you understand what to expect with your settlement. […]

What to Know About Construction Zone Injury Lawsuits

It won’t be long and construction workers will be hard at work in St. Louis, once again. They’ll be happy to be getting back to work, and it’s because of them that our city is so beautiful. However, if you’re a motorist, you might not appreciate the work they’re doing at the time. It’s no […]

Accidents on St. Louis highways are pretty commonplace this time of year. The changes in the weather can cause slippery roads, which many motorists are not prepared to deal with. Recently, an accident occurred on I-55, which led to one firefighter getting badly injured. According to the article on the Fox2News website, the fire department […]

Millions of people go to work everyday. They get in a routine, doing the ‘daily grind’. Some don’t know how to handle getting injured at work and when something big happens, it can be shocking. KSDK reports about an explosion at the Noranda Aluminum plan in New Madrid County near Marston, south of St. Louis. The explosion […]

One maintenance worker is dead following a tragic accident that occurred at a Missouri manufacturing facility. The accident happened when the company neglected to put safety measures in place that would prevent a scrap metal table from lowering. As a result, the man was pinned between the table and a railing, ultimately resulting in his […]

What Steps Should You Take When Filing a Workers Comp Claim?

When you’re injured while you’re working, not only are you usually in a great amount of pain, but the stress of wondering what will happen can be a very heavy burden to bear. It’s common for many people to become confused and too many people put off taking action when they need to. As your St. […]

Most employers want the best for their employees, doing everything by the book. However, not all employers are created equal, and there are some out there who will go to any length to make sure they aren’t filing injury claims properly – even in St. Louis. According to the Mondaq website, an employee who suffered a […]

Quick thinking allowed a veteran Virginia State Police trooper to push a highway worker to safety before he and another worker were hit by an out-of-control pickup truck in a construction zone accident yesterday. The three men were conferring on the side of the road when the speeding truck jumped the curb and plowed into the […]